Cruising the Dalmatian Coast and the Ionian Sea: Athens to Venice – with Smithsonian Journeys on Le Bougainville 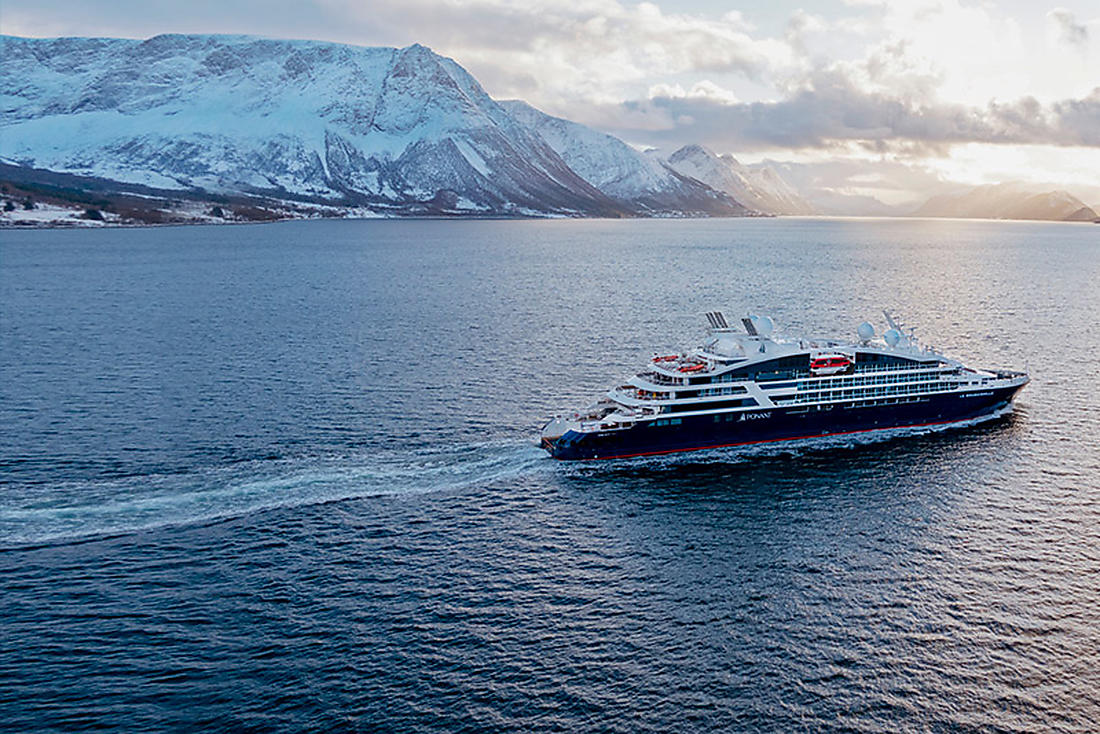 Shore excursion in each port of call + transfers included

In alliance with Smithsonian Journeys.

This cruise is part of a collection of PONANT voyages that are specially-tailored for English-speaking travelers who want to engage with the world. In addition to the usual elements of the PONANT experience, the listed price for these voyages includes transfers to and from the ship, talks and discussions aboard ship by world class experts, and a shore excursion or activity in each port of call that encourages guests to embrace the sights, sounds, tastes, and smells of the local environment and culture.

The eastern shore of the Adriatic Sea – the Dalmatian Coast – is rich in the culture and art of ancient, medieval, Renaissance, and Baroque worlds and home to some of the most charming and welcoming towns and villages to be found anywhere.

Your voyage begins in Venice, the city of canals, from where you will sail the Adriatic Sea south towards the Dalmatian Coast.

Call first on the island of Hvar and tour the island’s charming principal town. Or you may choose to visit a lavender farm in the countryside and enjoy some of the most beautiful views available along the Croatian coast.

The port of Ploče serves as your gateway to the Bosnian city of Mostar, which under the Ottoman Turks became a thriving administrative and cultural center. Severely damaged in the military conflict of the 1990s, the town was declared a World Heritage site and now showcases what the restoration work of UNESCO can accomplish.

Set on a rocky peninsula jutting into the Adriatic Sea, Dubrovnik, despite a devastating earthquake in 1667 and the ravages of many wars, is one of Europe’s best-preserved medieval cities and a designated UNESCO World Heritage site. Discover Dubrovnik's old city on a guided tour or visit the surrounding countryside before enjoying time at leisure to explore this marvelous city on your own in the evening.

Be on deck as Le Bougainville sails into the deep, fjord-like Bay of Kotor to reach the port town of the same name, also a UNESCO World Heritage site, located at the head of the bay beneath towering mountains. This delightful town is the pride of Montenegro, and you will have a full day to explore its richly varied history.

Continue down the coast to the Albanian port of Sarandë, from which you may travel to the UNESCO World Heritage site of Butrint, whose ruins span 2,500 years and include the remains of a Greek acropolis, Roman theater, and 19th-century fortress.

After cruising along the shores of the Ionian Sea, your next call is at the small port town of Itea. You may choose to visit Delphi, home of the oracle of Apollo, whose massive ruins dominate an entire hillside. Or travel to St. Lucas Monastery, which, like Delphi, is a UNESCO World Heritage site — one of the most important monuments of Middle Byzantine art and architecture in the world.

This evening, transit the Corinth Canal, a stunning example of maritime engineering prowess first used in 1893. Your journey comes to an end as your ship sails into Athens.

Welcoming and spacious common areas, refined open-to-the-sea design, sleek exterior lines, a marina to make access to the ship's Zodiac® inflatables easier, hi-tech equipment, an outdoor pool, a multisensorial underwater lounge… Le Bougainville represents the new generation of ships designed to combine discovery and exploration with luxury, even in the planet's most remote and isolated regions.

PONANT is the World Leader in Luxury Expeditions with ultra-modern, intimate ships, offering attentive service and well-designed itineraries that touch all corners of the globe. Every cruise is a blend of adventure, exploration, and discovery—all experienced in luxurious comfort, even in the heart of extreme landscapes.

Why cruise with PONANT?

PONANT is the World Leader in Luxury Expeditions with ultra-modern, intimate ships, offering attentive service and well-designed itineraries that touch all corners of the globe. Every cruise is a blend of adventure, exploration, and discovery—all experienced in luxurious comfort, even in the heart of extreme landscapes.

Why cruise with PONANT?

• The leader in luxury polar expeditions for over 20 years and cultural cruising for over 30 years.

• Over 400 awe-inspiring cruises, calling at over 450 ports on all seven continents.

• Experts on board our voyages of discovery and learning to enrich guests’ understanding of the destinations.

• An exclusive partnership with Smithsonian Journeys, the the travel program of the Smithsonian Institution.

• Understated elegance on board with French-inspired cuisine, fine wines, and chic design.

• Attentive yet discreet service from an experienced, multilingual onboard staff and crew.

• “Clean Ship” certification for the fleet in recognition of their eco-friendly features. 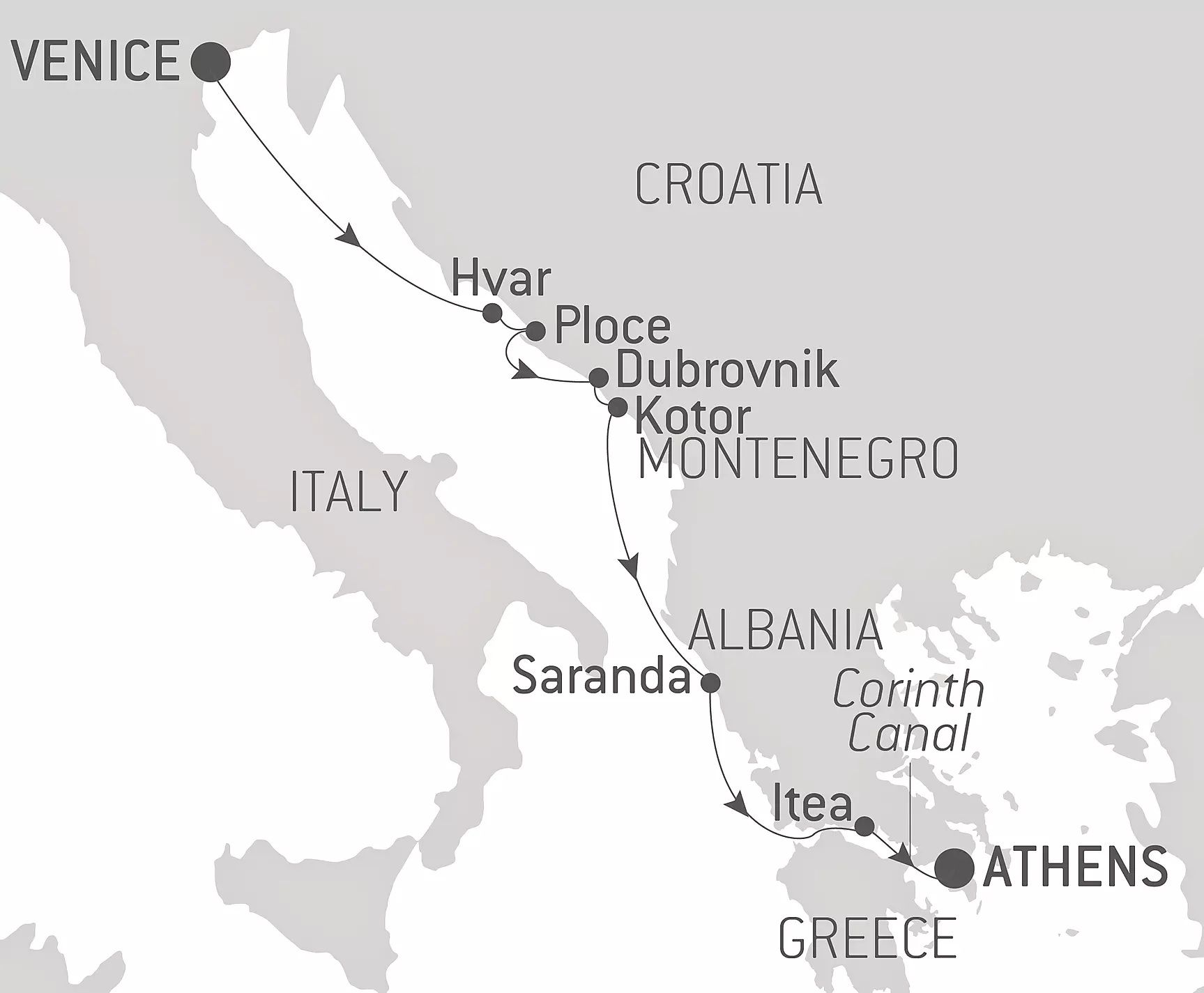